‘Opioids’ is a term used for substances that affect the receptors within our central nervous system, otherwise known as opioid receptors. Opioids can be naturally occurring as well as synthetic, or man-made. Surprisingly, our brain makes its own opioids in the form of endorphins, which a great deal of people experience after exercise.

There are also plant-derived opioids called ‘opiates’ which come from the seedpod of the Asian poppy plant.

Many will be familiar with morphine as a drug administered in hospitals to relieve pain, as well as codeine, found in many prescription drugs. Heroin is an example of a synthetic opioid that is actually included in prescription drugs such as Vicodin, Demerol and OxyContin to name a few. 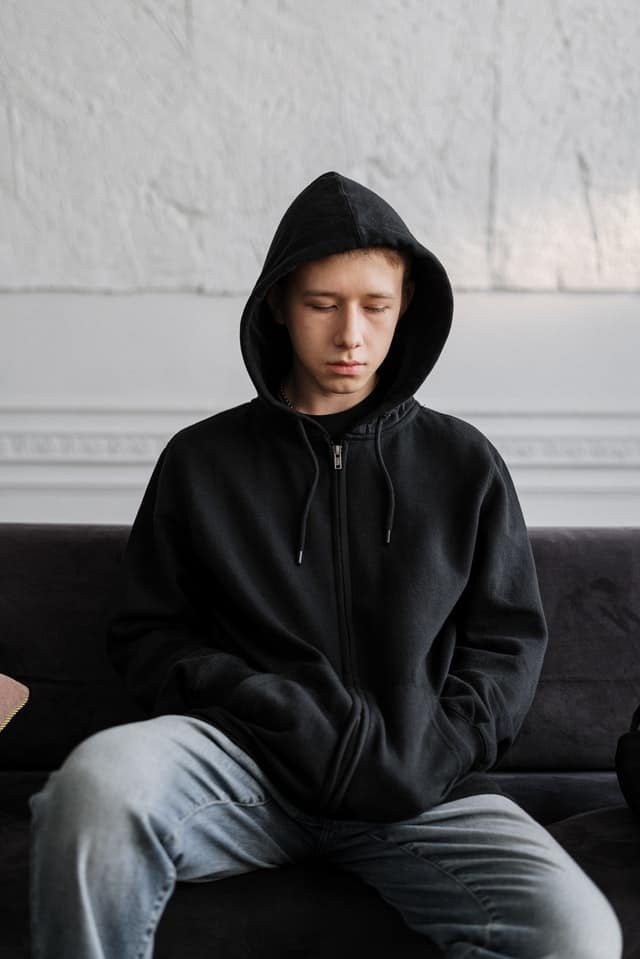 What Is Opiate Addiction

Opiate addiction can occur through the use of both prescription drugs and recreational drugs. You may find yourself being prescribed an opioid drug in order to help relieve pain experienced after surgery or following a minor injury.

You may also get them to help you deal with chronic pain due to disease or a long term condition such as cancer. Prescription opioids used for pain relief are, generally speaking, very safe however misuse of these prescription drugs is where the risk lies.

By taking the drugs in a manner that isn’t advised by the drugs instructions or your medical practitioners instructions, you’re at risk of developing an addiction. This can lead to compulsive behaviour in order to seek out the drugs, regardless of the negative impact it may have on the addict’s life.

Signs & Symptoms Of An Opiate Addiction

Here are just some of the signs and symptoms associated with an Opiate addiction: 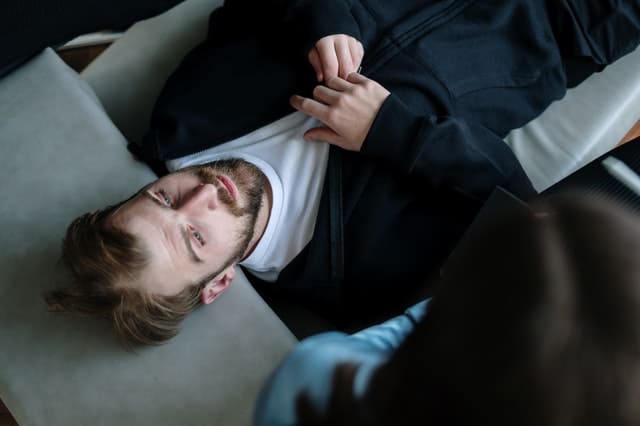 Opiate addiction treatment is something that should be handled by a medical professional due to the nature of withdrawal symptoms that can occur. Here at Infinity Addiction Solutions, we can provide a bespoke course of treatment to suit the individual and their needs.

From detox to therapy, both individual and group therapy incorporating family and surrounding persons of importance, our treatment options are there to ensure a long and successful recovery for the patient.

Do you or someone you care about suffer from an Opiate addiction? Are you looking for specialised and more importantly, professional qualified help for dealing with an opiate addiction? Then please don’t hesitate to contact us today at Infinity Addiction Solution.

We have a range of treatments that can be tailored to the patient individually to ensure a successful road to recovery. Whether you’re looking for inpatient or outpatient treatment, please don’t hesitate to contact us on 0800 3345541 today. 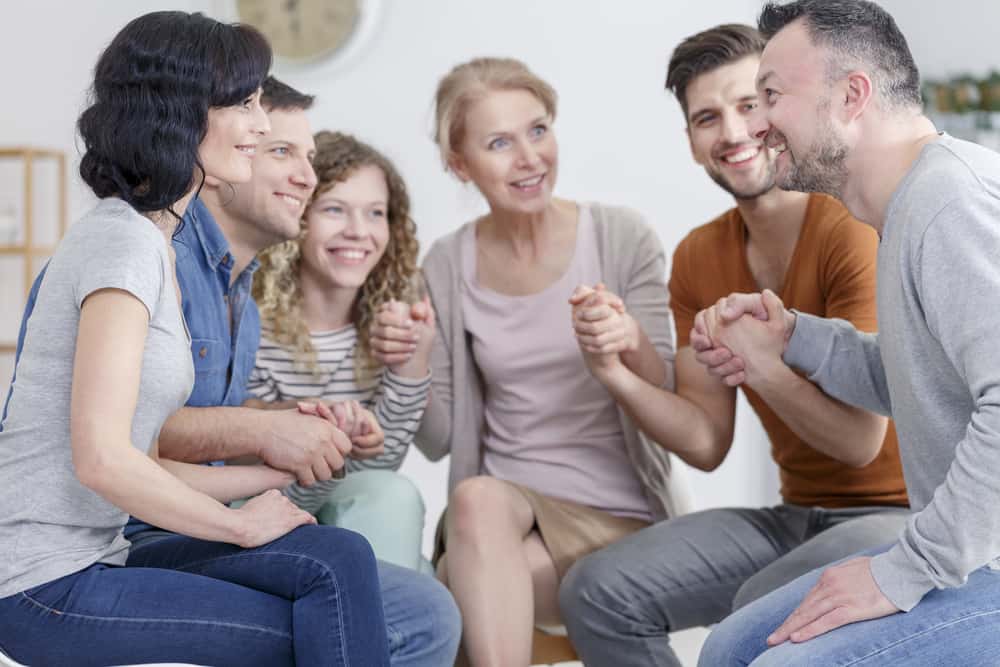 Google Rating
5.0
Based on 8 reviews

Infinity Addiction Solutions - Drug Rehab & Alcohol Rehab Essex
5.0
sarah B.
I was recommended Ian by a very good friend who has previously been helped by Ian. I am forever grateful for this! Ian has been incredibly supportive and his knowledge and expertise is second to none. He’s so approachable and easy to talk to, he found me a lovely rehab place and I couldn’t be happier. I can’t wait to go on Saturday. Ian has stayed in contact throughout and is continuing to do so! My Mother also is very grateful for Ian’s help, couldn’t be any better. Highly recommend if you don’t know where to go to or need any advice about rehabilitation, Ian’s your man to go to! Ten star!!!
Daniel L.
I had a session with Ian Mann and my life has never been the same since. He supported me hugely, listened to me, took the time and nothing was ever too much for him. He goes that extra mile every time. He pointed me in the right direction and I owe Ian a lot for my recovery. Superb service. Even contacts me just to check up on my success. Fantastic service. Recommend all day long. Dan
Rachel K.
I found the course to be very interesting and informative. I gained clarity on, and expanded my knowledge of the topics covered. Delivery was both professional and friendly, and included interactive group tasks which encouraged us to think about what we were learning rather than just listening. All questions were answered with good explanations and descriptions, ensuring that all was understood.I highly recommend this course to anyone wanting to expand their knowledge of drug and alcohol misuse in the workplace.
James W.
Great service, Ian was understanding and knowledgeable. Met Ian first when he was manager at a rehab I attended and since then have had several therapists who I struggled to connect with. I always felt with Ian knew what he was talking about and and had confidence in his talents as a therapist, a formidable knowledge of addiction and recovery.When at my worst Ian went out of his way to find me a rehab that would work for me (I am here as I write this!). Wow, he found me the perfect place and have decided to stay another couple of weeks. In many other ways Ian has gone above and beyond for me for which I will forever be grateful, which leads me onto my last point: Ian cares- it's one thing to have knowledge, but another to genuinely care for every person struggling with addiction, and Ian truly does. I have only worked with Ian but I am sure he is just as diligent and considerate in the people who he works with as other therapists.
tony K.
I enjoyed a fantastic and very informative training day with Ian Mann, of Infinity Addiction on Thursday.I found the training presentation very educational, and it was delivered both professionally, and in a relaxed atmosphere.Ian has extensive knowledge of what drugs and alcohol addiction can do, and the impact it can have on our lives, both personally and professionally.Well done Ian.BestTony KellyFounderRed card gambling support project.
Johnny B.
Nothing to be proud of but I’ve been into 12 rehabilitation centres and infinity addiction Solutions as given me the best support I’ve ever received in my life. Not only was it life saving it was life changing. And I’m proud to say I’ve got my daughter back into my life all of my family and the after-care support I have received from infinity addiction solutions gos above and Beyond. Can’t thank yous enough May you keep up the good work because I know you are genuine caring people with compassion and empathy and that is just what I needed because I was full of guilt and shame as a direct result of my addiction and alcoholism. God bless yous all and thank you once again for saving my life 🙏🏻
Helen R.
A completely life changing experience. Infinity gave me a better understanding of myself and my addiction, the counselling and support was excellent and I can’t thank them enough for helping me get my life back on track. If you are feeling as lost as I was I would defiantly recommend.
See all reviewsWrite a review